Dr. Binayak Sen obtained an M.Sc. in economics from Moscow Lomonosov State University, Moscow in 1982 with distinction, specializing in history of economic thought, and a Ph.D. in Economics from the Department of India and South Asian Economies of the Institute of Oriental Studies, Russian Academy of Sciences, Moscow in 1985, with development economics as the chosen area of specialization. He was a Visiting Research Fellow at the Research Administration Department of the World Bank, Washington, D.C. during June-August 1992. He joined BIDS in September 1986, and has been involved in a number of research projects since then, especially in the areas of poverty, income inequality and human development. From June 1993 to December 1994, he worked as Long-term Consultant in the Operations Evaluation Department (OED), and later during January-September 1995, in the Poverty and Human Resources Division, Policy Research Department of the World Bank in Washington, D.C. During 1998-2000. Binayak Sen has been involved in policy-advising, taking part in a number of national committees, which include his role as the Member of the Macroeconomic Consultative Committee to the Ministry of Finance. He was also the Member of the International Steering Committee of the South Asia Network of Economic Institutes (SANEI) supported by the Global Development Network (GDN) and the World Bank during this period. Apart from research and active policy-advising Binayak was also involved in part-time teaching as the Adjunct Professor at the Institute of Humanities and Social Sciences, formed under the National University, Dhaka, during 1998-2000, where he taught three post-graduate (M.Phil) level courses, namely, "Theories of Growth and Distribution", "History of Economic Thought in Bangladesh", and "Discourses on Method". He also gave one full academic year course on "Development Issues" as Part-Time Teacher in the Department of Journalism and Mass Communication, Dhaka University, Dhaka, during January-December 1999. He has done consulting for a number of national agencies such as the Bangladesh Bank and the Planning Commission, and for international agencies such as World Bank, ADB, UNDP, and WHO. He has a number of publications in national and international academic journals, including Bangladesh Develop-ment Studies, Economic Development and Cultural Change, World Development, Economic and Political Weekly, and Asian Development Review. He has co-authored a book a titled: Social Dimensions of Adjustment. World Bank Experience, 1980-93, written with William Branson and Carl Jayarajah, and published by the World Bank in 1996. He has also contributed to several edited volumes including Bangladesh: Promise and Performance published from the Zed Press, London and the University Press Ltd., Dhaka (2000); State, Market and Development. Essays in Honour of Rehman Sobhan published from the University Press Ltd., Dhaka and the Sage Publications, Delhi (1996); Rethinking Rural Poverty: Bangladesh as a Case Study published from the Sage Publications, Delhi (1995); History of Bangladesh (Economic History) published from the Asiatic Society of Bangladesh (1992); Privatization Trends and Experiences in South Asia published from the Macmillan India Ltd., (1991); Debt Default to the Development Finance Institutions: The Crisis of State-sponsored Entrepreneurship in Bangladesh published from the University Press Ltd., Dhaka (1991); Modernization at Bay: Structure and Change in Bangladesh published from the University Press Ltd., Dhaka (1991); The Decade of Stagnation: the State of the Bangladesh Economy in the 1980s published from the University Press Ltd.., Dhaka (1991). His research interests relate to the economics of poverty and income distribution, anti-poverty policy, social development, privatization and financial sector reforms, informal trade, ethical issues of development (with focus on "social justice" and "civic empowerment"), and colonial history (with focus on "history's lessons for development"). 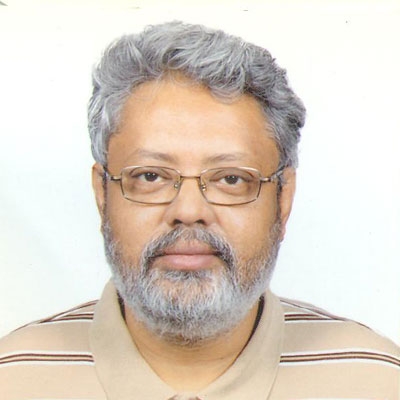