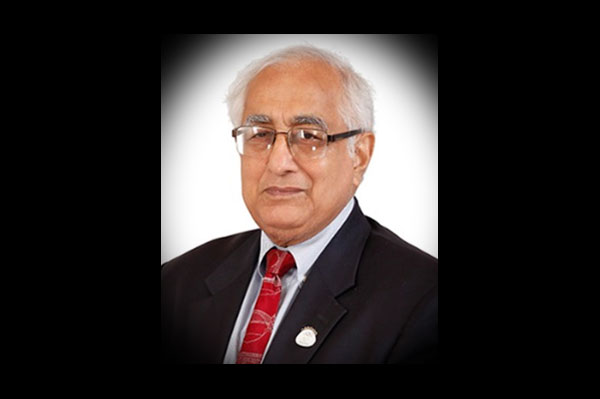 BIDS deeply mourns the demise of National Professor Dr. Jamilur Reza Choudhury who breathed his last in the early morning of April 28th 2020. He was 77.

He was an honorable member of the Board of Trustees of BIDS.

Professor Choudhury was the current vice chancellor of University of Asia Pacific and was the first Vice Chancellor of BRAC University. He was also a former Adviser to Caretaker Government of Bangladesh. He started his career as a lecturer in the Department of Civil Engineering, BUET after obtaining his Bachelor of Science degree. After finishing his Ph.D. in structural engineering from University of Southampton, UK, he became a full professor at BUET in 1976 and served till 2001.

He was awarded Ekushey Padak in the science and technology category in 2017 and then honoured as a national professor in 2018.

He will always be remembered by the countrymen as a true academician and a guardian of conscience of the country. His departure has left a huge vacuum in our national life. His friends, colleagues and admirers will reminisce him as a scholar, gentleman and patriot. May the Almighty grant him eternal peace.