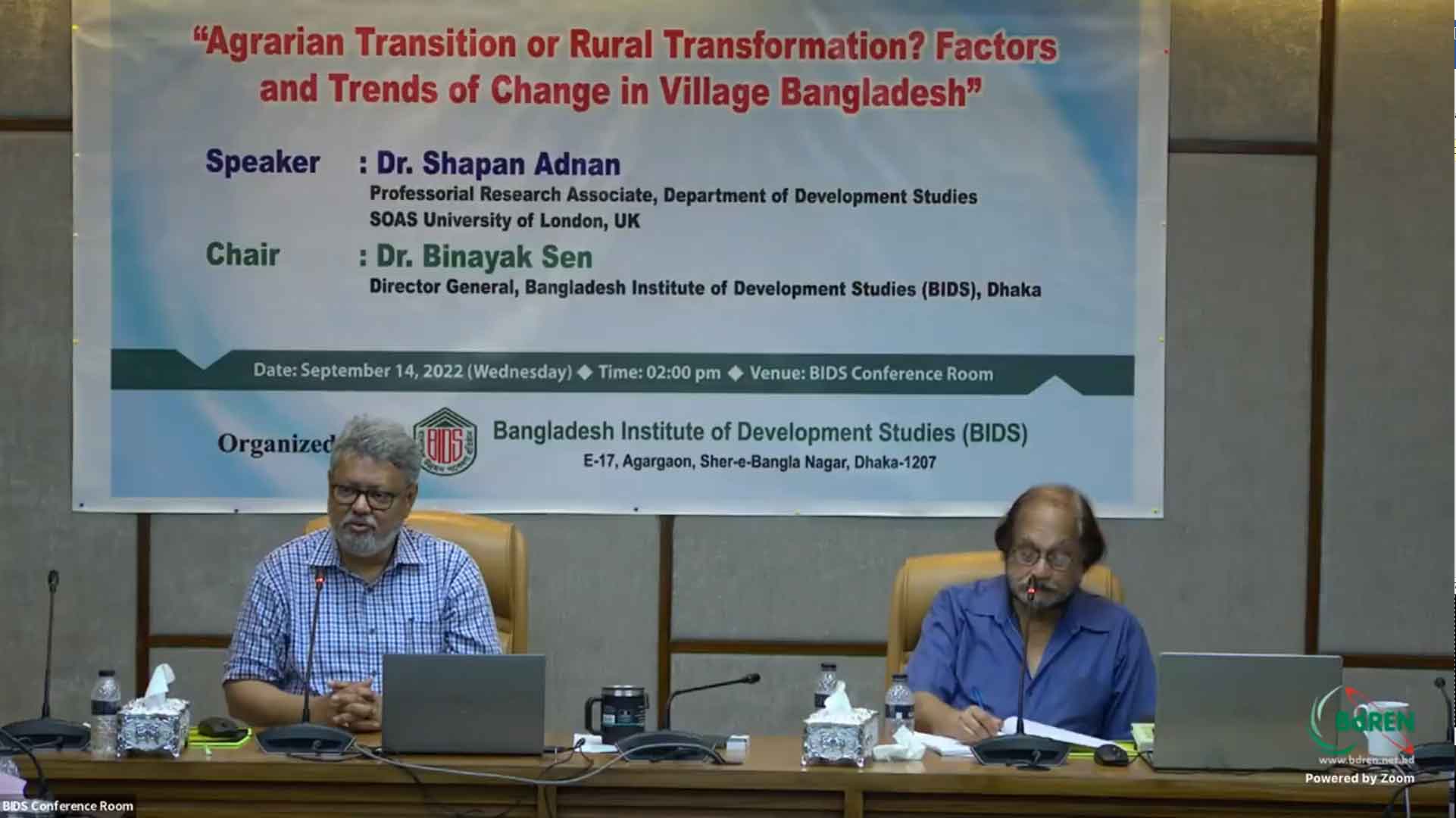 Agrarian Transition or Rural Transformation? Factors and Trends of Change in Village Bangladesh

Dr. Adnan's talk was primarily focused on the rural transformation happened during the seven decades after the partition of 1947 in Bangladeshi (East Bengal) villages. He focused on changes in the agrarian structure, demographic composition, social structure of rural areas, power dynamics, and cultural practices. Specifically, regarding the well-established idea of the capitalist transformation of the peasants, the speaker questioned whether these multi-dimensional transformations can be ordered and described in terms of an "agrarian transition" framework. Despite a rise in agricultural productivity, the speaker emphasized that the younger generation remained reluctant to enter farming. Youth involvement in farming is drastically declining today. He stated in his address that there is a lack of land because a significant amount of state land is being strategically given to powerful and wealthy groups, despite the fact that some of the lands might have been given to individuals who are financially insolvent. People who are politically influential and corrupt are developing rapidly. Others are impacted by this circumstance. The future generation should be really concerned about this. Political influence and corruption are contributing to social instability.

Bangladesh's rural transition was primarily driven by four factors: industrialization, urbanization, migration, and development. Most of the youth labour in rural areas is being forced to relocate to cities as a result of technology-induced hegemony, which will eventually result in an increase in the number of old, young, and infirm people living in the village. Due to exposure to urban cultural norms, many rural dwellers, especially those in younger age groups, have decided to relocate to urban areas in order to enjoy urban lives. Younger folks who have the means to do so are therefore increasingly leaving the village. According to him, these processes could eventually change the demographic structure such that people of working age move to towns and cities while the elderly, very young, and infirm stay in the villages. Alarming shifts in the agricultural conditions of Bangladesh's rural populations were the seminar's key themes. This seminar was attended by BIDS researchers, academicians, policy-makers, development practitioners, and journalists. Dr. Binayak Sen, the Director General of BIDS, chaired the event.